COPD Disease » Death from COPD – Some Essential Things to Know

COPD, or chronic obstructive pulmonary disease is the fourth most common cause of deaths within the United States. An estimated nine to ten percent of the world population is affected by COPD and experts predict that by 2020, death from COPD will the third leading cause of death worldwide. Although the disease was once considered to be a man’s disease, the number of fatal cases has significantly increased in women. Statistics show that more than 220,000 adults die from complications associated with COPD each year.

Complications that can lead to death from COPD

The leading causes of death from COPD are respiratory disease, cardiovascular disease and lung cancer. Respiratory diseases such as emphysema largely increase the likelihood of death from COPD. Emphysema is known to cause permanent and irreversible changes in a person’s alveoli unless it is diagnosed early and its progression is slowed or stopped. It is worth noting that individuals who suffer from emphysema usually have significant unplanned weight loss which is a serious sign of muscle wasting. This generally gives such individuals a poorer outlook on surviving COPD.

Chronic bronchitis is also another respiratory disease that can cause death from COPD. Although the disease does not cause as much lung damage as emphysema, individuals who suffer from COPD characterized by complications from chronic bronchitis suffer from blocked airways which in turn lead to poor air exchange and low blood oxygen levels, also referred to as hypoxia. This ultimately leads to a rise in carbon dioxide levels within the blood, medically referred to as hypercapnia, and can lead to heart failure and death. Over a long period of time, COPD has been noted to cause hypoxia and hypercapnia within an individual’s body. As a direct result of these two conditions, the body works to compensate by:

These activities to compensate for low blood oxygen levels eventually lead to life threatening conditions such as cor pulmonale which is characterized by abnormally high blood pressure within the lungs. In order to deal with this condition, the left ventricle of the heart enlarges and eventually leads to heart failure and death from COPD related complications. In addition, the body’s coping mechanism for hypoxia can also cause abnormalities in heart rhythm which further puts the individual at a higher risk of dying from acute respiratory failure due to lack of supply oxygenated blood to major organs.

Individuals who suffer from COPD usually succumb to death after prolonged functional decline characterized by extreme suffering. As a result, epidemiologists have identified the characteristics of patients suffering from COPD and who are likely to die with six and twelve months. These symptoms are severe and irreversible obstruction of air flow, affiliated cardiovascular disease as well as the decline of exercise performance and capacity. Additionally, patients who are seen to be constantly admitted in hospital for acute care are also seen to be at a higher risk of dying within a short amount of time.

Managing the final stages before death from COPD 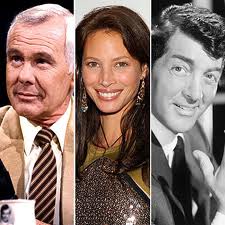 Celebrities Who Have Died from COPD

It is worth noting that the anticipation of death helps with the preparation and planning for terminal care. Importance for a dual agenda for patients should be upheld. The dual agenda requires that both physicians and a patient’s support system “anticipate the best, but get ready for the worst”. During the final stages before death from COPD, it is imperative that medical advance planning be pursued from an out-patient facility where an honest three way conversation between physician, health care proxy and patient can be held. In such a setting, it is important that a realistic assessment of the prospects for dying peacefully at home or the need for terminal hospitalization be discussed with both patient and family members.

It is imperative that those who have loved one’s who are suffering from symptoms of the final stages before death from COPD are well educated on the 6 components that are identified with a good death. These components are:

Pain and symptoms management – All dying patients fear that that they will die unattended and in distress. Bronchodilators, diuretics, opioid narcotics, benzodiazapines and thorazine may be prescribed for those who are suffering COPD end life symptoms such as dyspnea, fluid retention, body aches and pains, anxiety and severe agitation respectively.

Preparation for death – The lack of sleep as well as increased anxiety is known as the most common and troublesome COPD symptom associated with end of life. Numerous dying patients want to know what to expect in the final stages of their illness. By having this knowledge they feel they are better placed to plan for the events that will precede as well as those that will follow their deaths. It is important that all channels of communication between the patient and everyone that is involved in their care are consistent and sustained

Contributing to others – Although a terminal patients health may decline, numerous individuals feel better when they feel that they have contributed to the general wellbeing of others

Affirmations of the whole person – Dying patients appreciate empathic caregivers who understand their current condition in terms of their life values and preferences. All treatment and end life care goals are therefore kept within the patient’s values and preferences Palliative care is therefore of utmost importance for those who are about to suffer death from COPD as it focuses on relieving as well as preventing unnecessary suffering for the patient by supporting the best possible quality of life for both the family and the patient. All efforts should be made to alleviate pain and other efforts that one can employ in order to manage a patient’s final days include incorporating a humidifier in the patient’s room in order to assist them to breathe more easily. It is also important for family members to join support groups in order to deal with bereavement and the emotional trauma that result from taking care of the dying.

Is There an Ideal COPD Diet and Can It Help?

There are certain foods which are considered to be the ideal COPD diet. (COPD is an acronym for Chronic Obstructive...